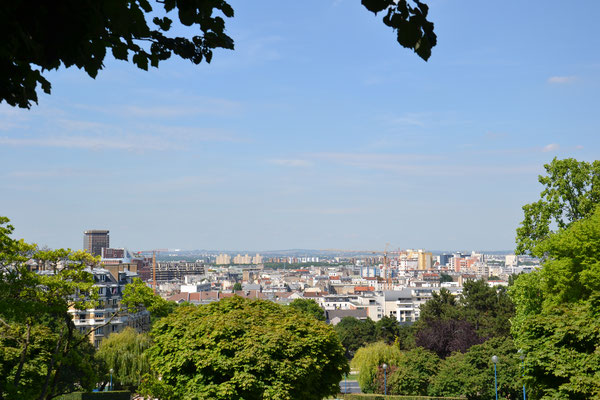 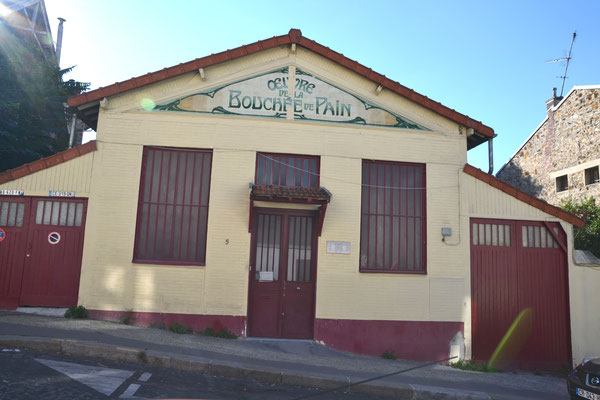 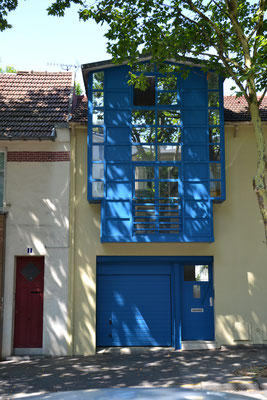 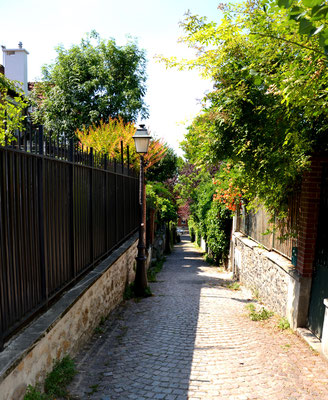 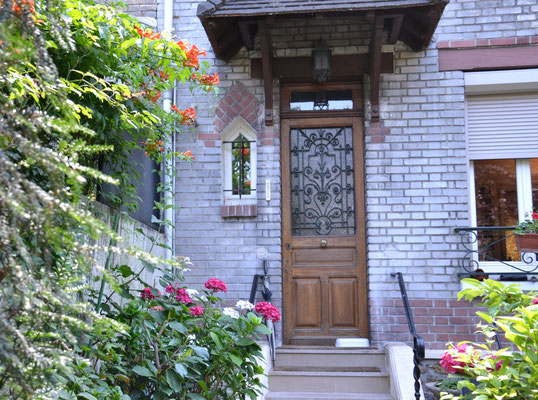 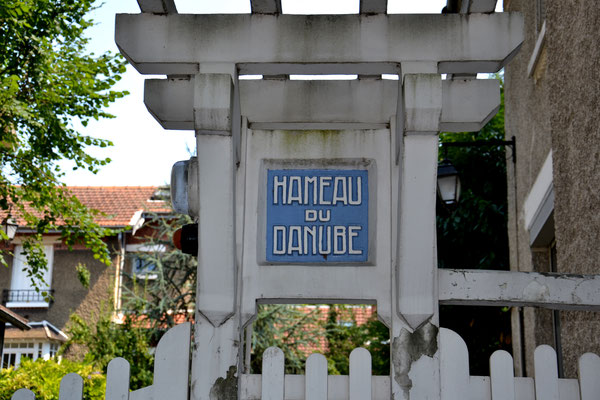 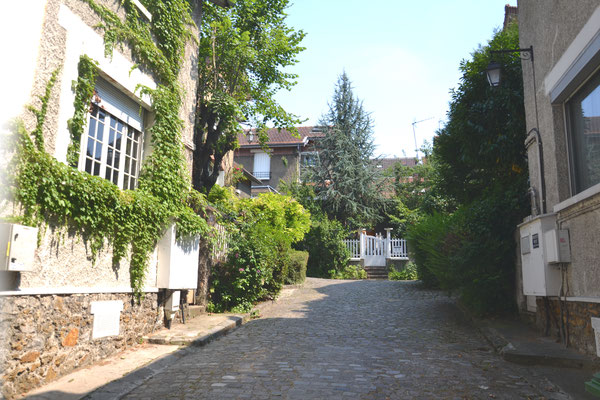 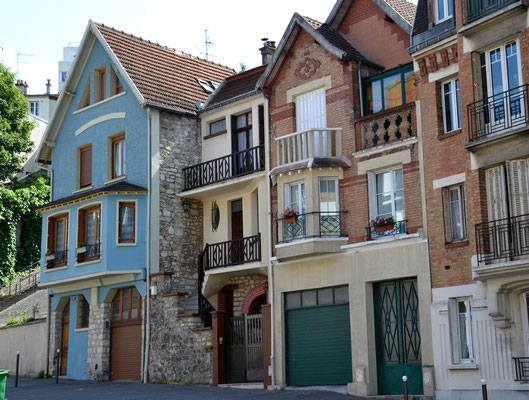 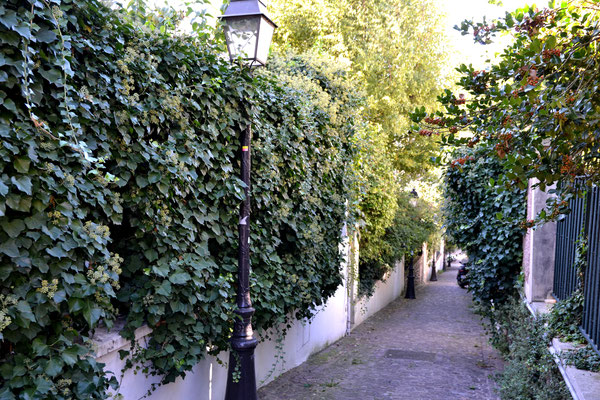 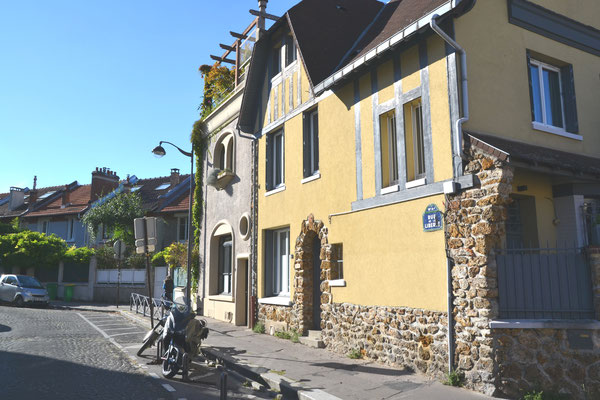 Our Parisian walks to meet the streets that like to talk about the United States will lead us to unexpected places.

Paris is full of surprises. Remember that the Passage Dieu (God Path) is two steps away from the Impasse Satan (Evil Deadlock)! Do you think I'm joking and trying to create a surprise to get your attention? You'll have to get used to it: in Paris there is more than a peculiarity. Another example? Here is a street today called "blue" as the color. Formerly, it was called "rue d'Enfer (Evil street)". In its extension, there was another street, bearing the beautiful name of .... Paradise (rue de Paradis)!!! That name remained, but not the other which became "Blue Street". So, in Paris when "we come out of the blue" it is to go to Paradise.

Why so much precaution before approaching the « district of the Americas »? You will discover it while strolling in the streets and along the houses of this charming sector of Paris. First surprise: We could think of giving the name "Americas" to a very modern sector of Paris, in the style of Manhattan. The district of La Défense that strikes by the modernity of its architecture, the height of its towers and this monument unique in the world called the "cube" would have deserved to be American. We could have thought so, but in fact, it's exactly the opposite!

The district of the Americas is located in the nineteenth district north-east of Paris between the Buttes-Chaumont Park ( the Chaumont Hill Park) and the Chapeau Rouge Park (Red Hat park).

Urbanized during the nineteenth century, the « district of the Americas » is crisscrossed with small streets, alleys, passages, and built of pavilions and small houses. It contains all the social hierarchy that is expressed in buildings, houses and villas. A whole part of the district above the street of Mouzaïa is built of small houses. They were intended for a population of workers. All around, prospered a glaze of companies of all kinds. Worker district, district of revolts, it will be marked by that of the Commune of Paris in 1871. Nowadays, the factories and workshops were pushed back outside Paris and the district of the Americas was rehabilitated by the famous "bobos", bourgeois-bohemians. The small houses "poor and modest" have become dapper and a little flashy.

A little further on the side of the streets of the Republican trilogy, Liberty, Equality, Fraternity, more “bourgeois” facades are exposed. Their style is composite as the French often like. It is true that there are so many models of all ages that we are spoiled for choice and no one is surprised when a recent house looks like a small Renaissance manor or a Norman farm with its thatched roof or even to a mountain chalet. Finally, in another part of this small district there are true "mansions", which are also called "townhouses". They demonstrate that you can live in Paris in a house and not in a building ... if you are rich enough.  Some of them are gathered in the "Danube Hamlet".

To get some fresh air and enjoy a magnificent view of the Paris area, people went with their families to the Parc du Chapeau Rouge, which owes its name to a "guinguette" where to drink wine produced on the hills of Paris.

A magnificent church dedicated to St. Francis of Assisi dominates the whole district. More modestly, we find the church of "Antoinists”, place of the Feasts. It brings together the members of a sect who believe that death does not exist.

The district is very green, because, in Paris, when one says "townhouses" or "workers' houses", one says gardens, lilacs, ivy, climbing flowers, small parcels of grass, flowerbeds. It is a delightful maze of small streets that overflow with greenery, lit by traditional Parisian street lamps. Some guides talk about "Labyrinth". It's going a little far! You cannot get lost, most streets and passages forming a sort of checkerboard.

It is necessary to walk there slowly and to slip in passages which are not more than three meters of width. No cars, no motorcycles, nothing rolling, one’s going by foot. The branches overflow and filter the sun. In the spring, on a beautiful sunny day, it's a delight. Are we still in Paris? Aren’t we in one of those "villages" that make resistance? Pieces of campaign that fight against the progress of the city, opposing the charms of the small houses to the coldness of the large sets.

We dreamed a little, we walked in very modest streets that bear beautiful names, Liberty, Equality, Fraternity, Progress, Providence, Solidarity; don’t ask me why in Paris, big ideas have small streets! Great men too: Verlaine and Rimbaud have their streets, two steps away from each other.

Let's take the problems one after the other: the reason for these small constructions is in the basement where plaster and gypsum quarries ran. They were exploited throughout the 19th century until the 1880s, mostly underground, making surface soils particularly fragile. It was impossible to build multi-storey buildings. The district of the Americas is not the sole Parisian district to be suspended above the void! Paris owes its beautiful houses "in stone" and its plaster-coated buildings to its geological resources.

Finally, we must come to the very question: why is this district called "the Americas"?

Before it had been given this name, it got as a nickname "Quarry of America" for some time. Nobody knows for sure why the gypsum quarries would have been American! It seems to be the fruit of an "economic" legend: the gypsum quarries of the district possessed exceptional aesthetic and mechanical qualities. So exceptional that part of the production of the quarries would have been shipped to the United States for the construction of many buildings on the East Coast! Parisian Plaster would have been used to build the White House in Washington. But also, across the United States where one began to build very high. So good material was needed. And France produced it.