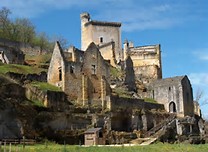 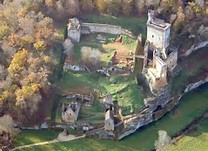 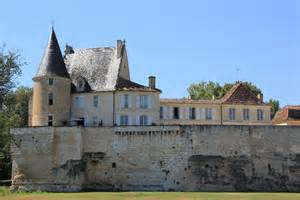 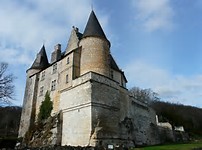 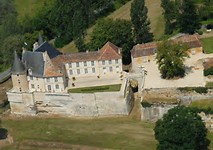 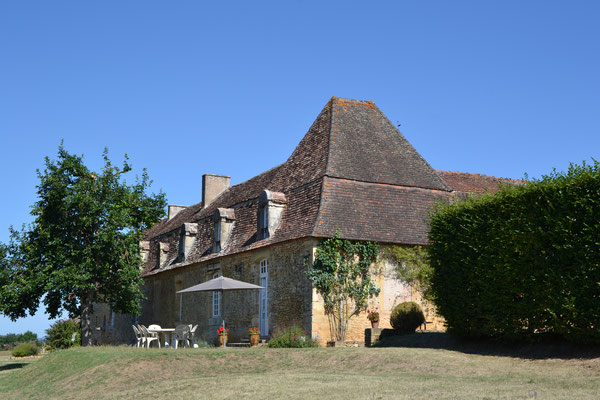 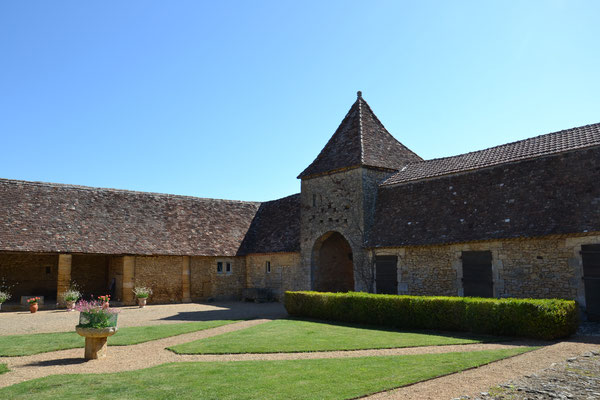 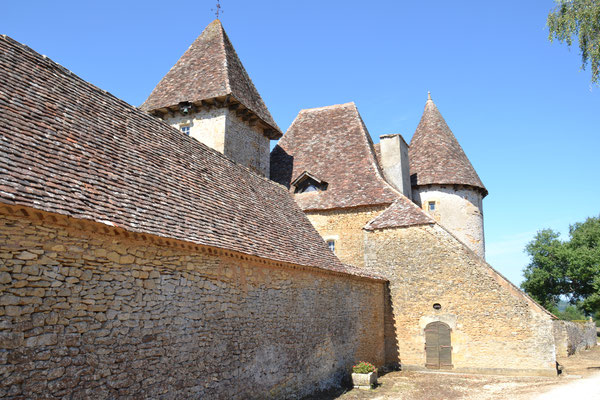 It is, with no doubts, one of the most beautiful regions of France. If an indication must be used to measure this quality, that of the proportion of English, Dutch and German vehicles in the total of vehicles in circulation would be best!

For me, Périgord is a soft moment and an invaluable memory: that of my family. I am of Périgord descent (3/4) and, as a proof of the totally unconditional attachment of my parents to this beautiful region, I spent almost all my child's holidays there. One half took place in the North of Périgord and the other one in the South, near Bergerac.

It is said that when the world was created, Saint Peter left with a shoulder bag filled with cities, villages, castles, manor houses, churches and cathedrals. As the sower, he threw the contents of his shoulder bag here and there. He did not realize that his bag had drilled over France letting pass by quantity of buildings. The tear had still widened as he passed over Périgord justifying the surprising quantity of magnificent buildings which we find there.

More seriously, it is necessary to call up to History: Périgord belonged to the English Kingdom as part of the duchy of Aquitaine and for a long time French kings which had foolishly lost it to the british kings tried to get it back. The result? Ceaseless wars and a kind of unstable border dotted with castles, some English, the others French opposite to the brits, fortified towns named “bastides”, designed like the ancient Roman cities, locked into robust ramparts and also massive fortified churches, dominating tiny villages or on the top of strategic hills.

Crossing this incredible universe are two rivers, Dordogne and Vézère, flowing through charming sites, that have been occupied since the most ancient times: Lascaux, les Eyzies. Cro-Magnon people were installed largely before the quarrels that opposed French and English kings!

This year, returning to my roots and diving in my souvenirs, I took all my family there: twelve people, not including the cat. I had rented a magnificent house. I also wanted to see again those manors that I had loved.

Thus, this summer, we were installed in the very beautiful manor house of La Bourgonie. Cheerful welcome on behalf of its owners, the Count and the Countess of Commarque. To accommodate twelve people, without piling up them, it is not obvious; to occupy five children from three to eight years old, is not an easy job at all! Anyway, we had beautiful moments whe ping-pong games and competitions alternated with the descents of Dordogne river in canoe, when visits of the most beautiful medieval cities Sarlat, Domme harmonizes with that of the ancient “Bastides”, Montpazier, Beaumont of Périgord.

And also a some rests and naps, swimming pool parties, and petanque and gastronomy: Périgord is one of the “top” places of French cuisine; as a result, fine and relaxing days in “our castle” full of charm and nostalgia. La Bourgonie is the typical example of these houses intended for the exploitation of big domains but also equipped to defend themselves. Crenelated porch, tower defence with tight staircases, some turrets, battlements, loopholes and other openings to push away the hostile people, all of them call back that campaigns were beaten by bands of beggars and that the English or French troops were on the lookout for some good “coups”.

The Bourgonie’s owners had recovered their family home after many adventures. Having restored it, they have been renting a part for it since a very long time, improving the housing ceaselessly and putting in it the standard of modern comfort.

Their taste (or an addiction) for the restoration of old stones drove them to take back the old family castle, the Castle of Commarque not far from La Bourgonie. Uninhabited for years, it had badly endured its abandonment and had been slowly transformed into an austere ruin lost in a valley covered with a very dense forest. In front of it, stood another castle, in better shape, magnificent, arrogant as to be a castle, and dismissing those of Disney to the rank of cabaret “décors”.

It is this grand natural setting which urged the Hubert de Commarque to dash into an adventure which has more common points with the conquest of a summit in Nepal than with local country squire's life such as we liked seeing it in Downton Abbey series! The work of restoration has begun years ago and still is going to carry on through years. The site is magnificent, the castle which emerges is luxurious, stones splash with light at sunset. Late in a beautiful summer day, we saw the shadow of this castle cast on the hill opposite, as if it were to challenge its neighbour which, we were told, was the property of british people!

English people, French people! It was absolutely mandatory to me to see how the castle of Montastruc had spent the years after my last stay. It had been my grandmother’s estate. Prior to my family it was an estate belonging to various Périgord “grands lignages”.  My grandparents lived alone all along the year in this gigantic house. In winter, sometimes, they could simply not join the village some hundred meters farther below so much it had snowed! Extraordinary building, built on a rocky spur, moats filled with water, with ditches dug in the rock, an old drawbridge (no longer working) is still overhanging them of fifteen meters.

A castle as Périgord abounds in it, actor of the wars between Frenchman and Englishman, between Protestants and Catholics, between partisans of King of France and Great lords fighting for their privileges. Twice destroyed, reconstructed three times on 12th century basements ; the main building was set up in the 13th, some defences in the 16th and finally after centuries of constructions and demolitions, magnificent wings of the 18th century were added.

Let us imagine, a child, often alone, with two old grandparents, wandering in a dream castle. Let us imagine him inventing fights, bringing fantastic armies into conflict, in barbicans in ruin, covered with ivy and with wild herbs, 10 meters above ground level. Let us imagine, his bedroom of which windows were above moats where thousands of frogs partied throughout the night. Let us imagine bats fluttering in the big dining room, touching his hair, blacks at night in the black of a gigantic room, lit only by a huge window letting penetrate into the pale beams of a sensational full moon.

Souvenirs are valuable only if we do not come to resuscitate them. My castle, that of my grandparents has become a magnificent house quite different from the old one that I knew. It is to be let. Today, we could reach it even in winter! Today, a magnificent swimming pool is settled under the old dovecote. It has all the modern comfort. Maybe, it is no longer my castle … But, it remains as luxurious and splendidly arrogant as I used to love it.