I am walking the streets of Moscow. Suddenly an elderly gentlemen stops me while pointing his cane in a direction of a teenager passing by: ‘Look, I was born in 1936', he cries in desperation, 'and women in Yalta [a resort city in southern coast of the Crimea] were not allowed to dress like this on the beach, do you understand this?'

The teenager, wearing a small top and bright yellow shorts, barely covering her bottom, keeps walking, while listening to music in her earphones. She did not even notice his outburst. She is no different than many other teens you could see on the streets of Western cities. A generational conflict?

I am visiting Moscow this summer. Over the last few decades, Russia went through a gigantic economical & cultural shift, something that many Russians do not often give themselves credit for. Talking about achievements among Russians is not common and often considered bragging. Every time I come, there are so many changes, I can barely recognize the city I grew up in. Moscow’s life is booming, art life in particular. While the visual art scene is gaining its speed, Russian theatre and cinema have always been at the avant-guard. I have been strongly influenced by theatre since my childhood, and whenever I visit, I make a point to see a few plays. I have realized that it is hard sometimes to make up my mind which performance to see, there is a number of exceptionally good ones playing on the same night that are often turn out to be sold-out.

Even with the political tensions that still exist between Russia and the West, there is no confrontation between the actual systems. During the Soviet era, a figurative system and its own symbolism existed, but after the collapse of the USSR there was no language within which contemporary artists could frame their work. However, to think that the Soviet style once represented Russia is an illusion.

There were the times of the Cold War, the confrontation of communism and capitalism on global scale. Russian art then, and the Soviet Union situation in general, were interesting because they were associated with a global ideological struggle.As countries, just like the dress, become more uniform, artists, whether American, French or Russian, speak only of their own struggle. We live in an era of neo-liberalism ideals and individualism, where all political & cultural communities are disintegrating. This is the era of competition for all with everyone, where artists included, are regarded in terms of how they represent themselves in this vast global space.

Many Russians have a kind of imaginary view of the West that cannot fully understand them [their ‘Russian soul’]. It also recalls the stereotype that Russia is a country of suffering. But as the world continues to open up, we realize that suffering is universal and doesn’t have borders.

Going back to the beginning of my post: each generation has its own visual experiences, experiences of production and perception, technological influences. I think that in this form this problem continues to exist in Russia.

However, just like in the West, it’s changing: the younger generation of Russians not only has a chance to travel and see the world, but also has been more exposed to the influence of the Internet [an interesting coincidence - the Internet in its modern form has appeared just after the end of the Cold War era]. The basic principle of the Internet is the fragmentation of public space. There is a strange idea that you can consume without digesting, that you could eat without swallowing. What this means is that we never know when we’re hungry, and we don’t have the space to figure out what it is we want. It’s driving us all mad.

If you step away for a moment into different social networks, you can observe the entire breadth of a very different space. The mere exchange of information among likeminded participants is like a turnover of goods - it is encouraging the belief that there’s more consensus than there in fact is. Because of this, people set themselves defensive goals, telling everyone how tolerant, and compassionate they are, forgetting that virtue signaling is not virtue, it’s self-promotion. The modern era can be cruel socially, but herbivorous culturally.

At some deep level, there is a discrepancy between how people position themselves culturally, and the reality in which they are. It seems that we want to be positive, kind, communicative, and supportive of everyone who is in need, yet, we are highly intolerant of different opinions. However, I’d much rather live in a world in which, at least there’s an interest in the idea that people are very different from each other, as well as have a lot in common.

One thing that art could be useful for is enabling people to bear conflict. It’s like what Robert Frost said about education: "Education is the ability to listen to almost anything without losing your temper or your self-confidence". Perhaps, we should have art so that we can talk to each other, lose our tempers, and not kill one another in reality. That would be fine. We need to go one step back, because the so called liberalism is increasingly looking like a utopian project.

There is something that Nietzsche suggested about radical loneliness, that might be worth to think about - the state of bearing loneliness – it is to begin to enjoy this state and study it. Not to muffle it, but turn it into material. And suddenly it may turn out that if this material even seemed to you to be individual, it can be resounded. 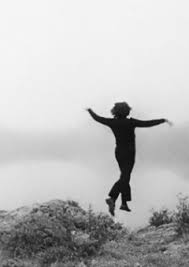 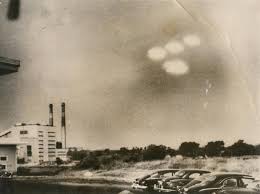 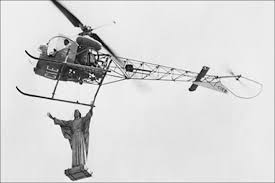 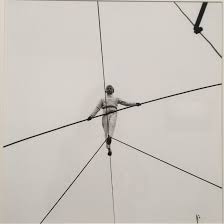 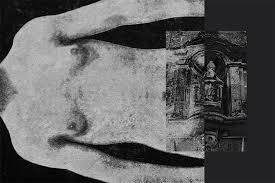 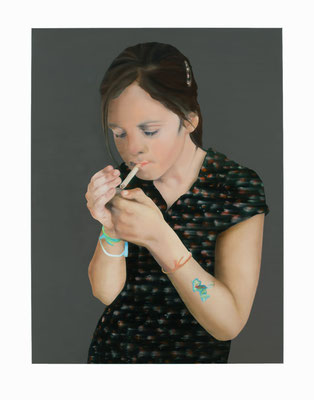 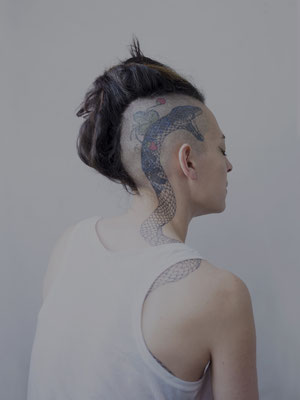