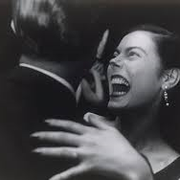 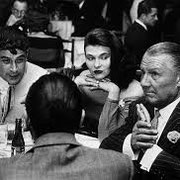 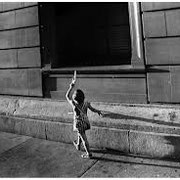 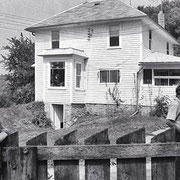 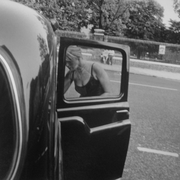 Garry Winogrand, who was born in New York City in 1928 and died in Tijuana in 1984, is one of the most famous American photographers. Winogrand, together with photographers Robert Frank, Walker Evans, William Eggleston, is a corner stone of a new style that spread away from the States and still remains one of the most interesting movements in the history of art photography.

The « Musée du jeu de Paume » in Paris offered a « rétropective » exhibition showcasing a large number of works from the very beginning of his career to the end. Garry Winogrand is a « street photographer, » an expression that has been stretched out to identify photographers who have embrace the streets, shooting people, business men walking out of their offices, the homeless on the pavement who wait for spare change, and so on. Being a street photographer is different from being a landscape or portraits photographer. No time is spent to prepare for the shooting. The key to success is to remain open to people, and conscious of what is going around you. Winogrand is one of these exceptionnal artists who, in the blink of an eye, is capable of perceiving what matters, to look at what is meaningful and start shooting – hilarious faces, brooding people, lovers and friends walking here and there.

It is not just pushing the « on » button of a camera. It can be daring. One must sometimes « steal » a behavior or a laugh, the tears that from faces.

Why insist on these basic characteristics of « street photography ? » This art is about capturing moments in a snapshot ; it is not playing randomly with a camera as if it were just a matter of automaticity, technique and equipment. Street photographers are taking images of human faces. Should people be ridiculous or busy, brooding or euphoric, the photographer has no responsability. It is not the photographer’s fault if people he is shooting are unconsciously expressing emotions, fear or happiness, as clear as if they had been shouting out their state of mind. They didn’t think of a camera looking for subjects, for smiling faces, strange behaviour or casual hats and clothes. They didn’t imagine while driving, walking, talking to themselves that someone would break into this « open » intimacy.

For long periods of time, Winogrand would spend days taking views of a very small part of New York City. This is a cornerstone of understanding the motivation behind his art. Street photography is not about discovering a awe-inspiring scenery or culturally unique people in a remote part of the world. It emphasizes paying attention to the small pieces of things – parts of buildings, street pavers, shop windows, garbage tins or mailboxes. Winogrand conveys that he has captured the proof that the « world as a whole stands in a nutshell. »

Garry Winogrand was a photographer in a time where people were hungry for images, whether surprising, informative, or frightening. He was working for magazines and newspapers, inspiring readers to think and filling them with wonders. To American eyes he offered views of New York real life, images of the city inhabitants, with hints about their concerns and their feelings. Later on, he widened the geographical and thematic scope of his photos, with wiews of Paris, Dallas, and London. Although taking photos in places away from his beloved New York, he never abandoned the core principles of « street photography »: to show a true presentation of a street with people, buildings, cars, buses, laughters, tears, sadness and smiles.

Winogrand worked in a time before the selfie, before fear of retribution for taking another’s photo without the blessing to do so. This exhibition of Winogrand’s work is interesting in that it shows a world before the explosion of images credited to technological advances, a world when people were not suspicious toward free photographers nor did they think their images were sacrosanct. Today there are still artists the likes of Gary Winogrand for whom he paved the way. These artists who are eager and spontaneousness, acting instinctively with not only their eyes, but also with their heart and their intuition.